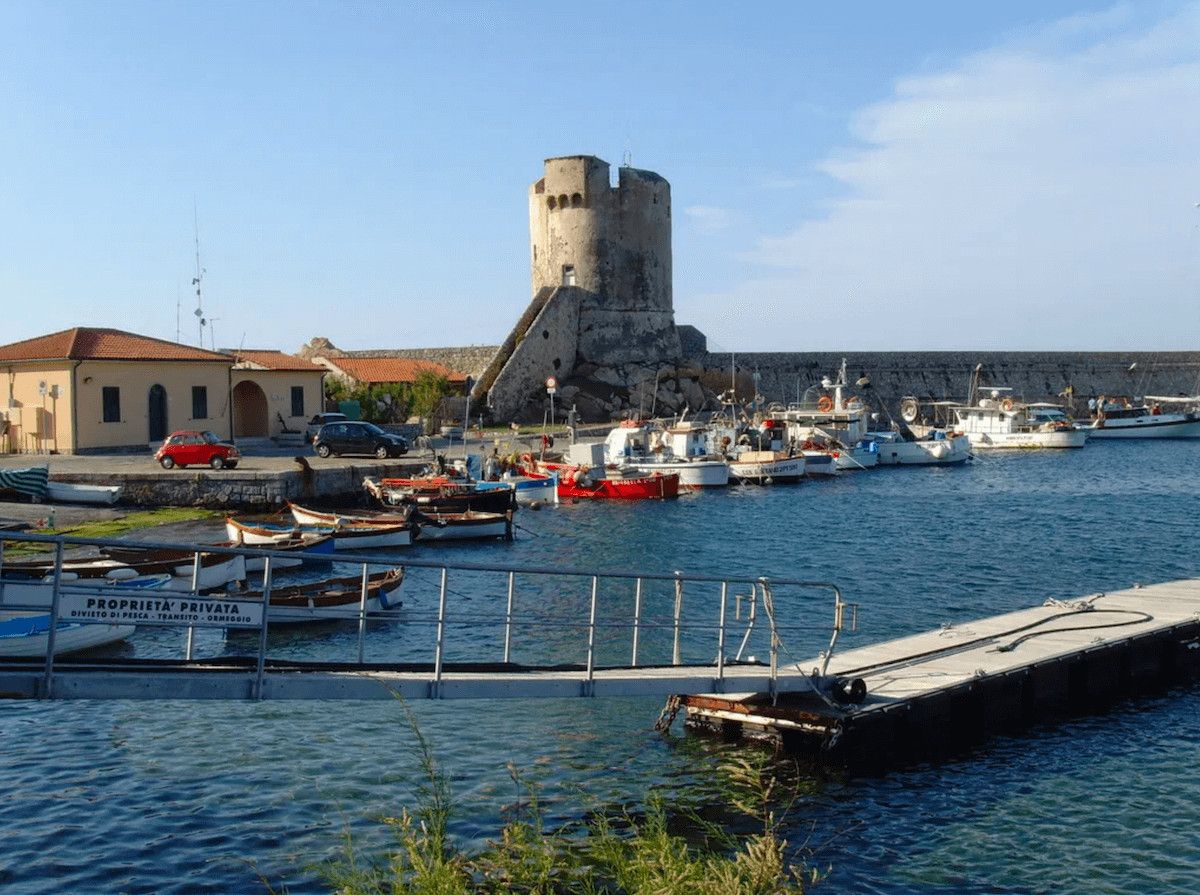 The village of Marciana Marina enjoys a marvelous sea view, rated by many as the most fascinating view of Elba Island. The village is also located on the slopes of Monte Capanne, another ideal place to admire the territory.
Given the natural predisposition of these places, they were already in the Middle Ages an object of interest for the construction of fortresses and towers from which to observe the coast.
At the port of Marciana Marina is the ancient Torre degli Appiani, a surveillance tower from which it was possible to control the ships entry and exit. Dating back to the second half of the 16th century, the tower was built on the insistence of the inhabitants scared by the possibility of raids of Turkish pirates. Today, the mighty cylindrical tower has become a symbol of the town and a landmark for tourists.
On the hills nearby the marina, in the municipality of Marciana, is instead located a real fortress where the inhabitants could shelter in the event of an attack. Built in the twelfth century and reinforced several times over the course of time, the fortress was also the basis of the power of the Appiano family on the island.
After some restorations, a historic-archaeological museum was set up in its halls.